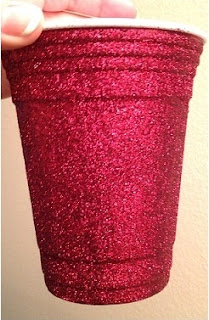 You will need:
A reusable red solo cup
Glitter
Mod Podge
Spray hi-gloss lacquer
I have a confession: I deal with the continuous urge to glitter absolutely everything that I own. I'm not sure if this is a blessing, or a curse. So of course, when I spotted this re-useable red solo cup at BevMo: 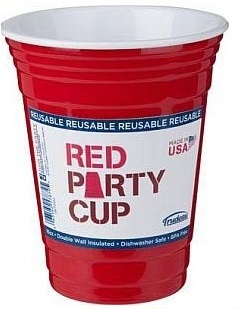 My inner glitter monster forced me to purchase it; because, what could be better than drinking out of a glittered red solo cup at a party instead of a lame regular one?
So I took the cup home, and protected the rim with blue painters tape in order to keep the white rim like a normal red cup has, then put down a layer of ModPodge and coated it in a thick glitter: 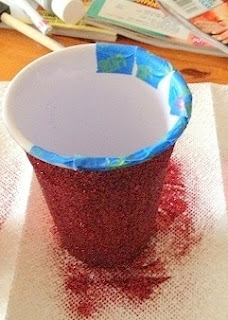 But of course, we all know that anything that is glittered will proceed to get glitter ALL OVER YOU when you touch it, so I sealed the entire outside of the cup with a layer of hi-gloss lacquer, which also makes the cup WATERPROOF to wash by hand!: 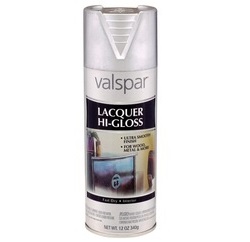 Available at Lowes (here), and probably all other similar stores.
Please note that you should NOT drink out of the cup after using this lacquer! I thought about maybe only putting the glitter partially up the cup until the ridges, that way the lacquer wouldn't be along the rim, and I could drink out of it... But it looked weird, so I glittered the rest of the cup. Although I won't get my dream of drinking out of my glitter cup at parties, I still use it as the water cup during beer pong and it works great! 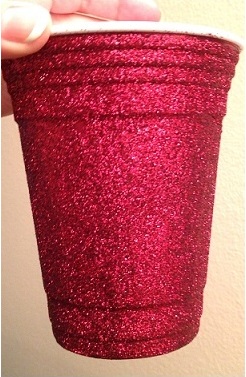 Email ThisBlogThis!Share to TwitterShare to FacebookShare to Pinterest
Labels: craft, craft tutorial, crafting, crafts, diy, do it yourself, glitter